The end of September 2020 marked six months since Andrew Cuomo, the Governor of New York, had issued a statewide stay-at-home order. The new school year had begun, with many schools conducting classes either entirely online or using a hybrid model. And, COVID-19 cases were on the rise again.

2020, a year many had only some-what-jokingly called “the worst year ever,” was coming to a close. And yet, the end of our woes seemed nowhere in sight, with the lasting implications of the pandemic, natural disasters related to climate change, geopolitical conflict, racial unrest, and so on, ever-present, with no promise of easy resolution.

“UN75: 2020 and Beyond – Shaping Our Future Together,” a global consultation initiative, launched in January 2020 to mark the UN’s 75th anniversary, asks people to join, through surveys and dialogues, the conversation around our hopes and fears for the future and critical global issues. The goal is to discuss priorities and challenges and present ideas on how the international community can build a better future together. Specifically, it asks people to envision what 2045, the UN’s 100th anniversary, should look like and what steps we need to take to get there.

Zhang, who took the role of co-lead for Tzu Chi’s virtual series of “Youth Future Global Dialogue” events, indicated that they would aim at: “Stimulating discussions amongst youth about global issues, cultivating [a] global citizenship mindset in [the] youth, inspiring youth to take actions to shape the future, building bridges for global youth in the pandemic, and amplifying youth voice[s] by joining the UN75 Dialogue Initiative.”

The virtual events co-lead, Roger Chou, a Tzu Chi Collegiate Association (Tzu Ching) alumnus from California, summed up the project’s objective by saying: “What the future will look like depends on the choices and actions we make now, today. 2020 must be a year of dialogue where we come together to discuss how we can build a better future for all of us.”

The three dialogues would involve the participation of high school and college students from all over the world, and begin with a panel discussion amongst guest speakers. The first dialogue would focus on identifying the challenges we face moving forward, the next on what we can do to solve those problems, and the last on how people around the world can cooperate in a digital context to build the future we want to see. Following the third dialogue’s conclusion, the organizers would compile participant outcomes and submit them to the UN.

The planning process for the dialogues began at the end of September 2020. Overall, the team consisted of about 30 volunteers, mostly either Tzu Ching members or alumni from the United States, with a few Tzu Chi Youth Group (Tzu Shao) members. Some volunteers were from outside the U.S., and even outside the sphere of affiliation with Tzu Chi.

The team received a great deal of support from Tzu Chi New York, Tzu Chi USA’s Headquarters in California, the foundation’s Global Headquarters in Taiwan, and its Culture Department. However, as Zhang explained, “The team was also given […] flexibility, which allowed our young volunteers [to take] initiative and practice creativity and leadership skills, which made me feel positive about the future of [the Buddhist] Tzu Chi Foundation.” Finally, with the planning and organizing completed, it was time to begin the dialogues in October.

The first dialogue session featured panelists Dr. Emily Huang, a biomedical research scientist at the University of Miami Miller School of Medicine; Elliot Maclean, sustainability leader and subject teacher at Dehong International Chinese School in Shanghai; Grace Kwon, Strategist at Purpose, an international strategy consultancy; Dooree Moon, former Peacebuilding Officer at UNICEF in Bosnia and Herzegovina; and Dustin Liu, the 9th UNA-USA Youth Observer to the United Nations. As requested, the panelists expressed their vision for 2045 and their view of what obstacles stand in the way of achieving that future.

After the panel, participants broke out into smaller groups to discuss their thoughts on the topic. Overall, the future the youth wanted to see was one of peace, prosperity, tolerance, and com-passion; wherein there would be more global co-operation centered around caring for people and the planet. The challenges they mapped out were many: Ignorance, bigotry, complacency or fear of change, learned helplessness, and a mindset fo-cused on the short term instead of the long.

In November, the second dialogue featured panelists d’Arcy Lunn, the founder of Teaspoons of Change, a global citizen educational NGO; Helen Ni, the founder of Green Light-Year, an environ-mental NGO; and Dr. Han Huang, Executive Vice President and former CEO of Tzu Chi USA. During the panel, they spoke about their work and what action youth can take to make their voices heard and contribute to a brighter future.

In the group discussions that followed, the panelists repeatedly asserted that change starts with looking at one’s actions and thinking about how they fit into the larger global context. Lunn especially emphasized that “small actions mul-tiplied by lots of people equals big change,” and participants agreed. They also felt that action on multiple levels was needed: Personal, academic, societal, and governmental.

In December, the third and last dialogue fea-tured panelists Kevin Ezzell, Program Director of Lehigh University’s 1-MBA program; Jess Zier, Regional Outreach Associate, Minerva Schools at KGI (Keck Graduate Institute); and Joe Huang, the senior representative of Buddhist Tzu Chi Foun-dation’s Religious Affairs Department. The panel-ists addressed what global cooperation looks like in their view and how to leverage digital innova-tion to promote it and build a sustainable future. They also formulated suggestions on what kinds of small but impactful individual actions youth could take going forward to achieve these goals.

This time, when breaking into discussion groups after the panel, the participants took on an added objective: To think of and commit to some small changes that youth can make to work towards the future we want to see. They suggest-ed actions such as volunteering locally, donating to charity, using social media to raise awareness about sustainable development goals (SDGs) and issues, and being more conscious about consumption choices. Following the conclusion of the third dialogue, the participant outcomes were compiled and submitted to the UN.

The Future Is in Good Hands

Looking back at what emerged during the dialogues, it was encouraging to see that pan-elists and participants alike emphasized the ne-cessity of individual responsibility and action in shaping the future we want: A philosophy that the Buddhist Tzu Chi Foundation embodies as an organization. Furthermore, both the outcomes of the participant discussions and the exemplary work of the team of young volunteers who made the event possible were clear signs that the fu-ture of not only Tzu Chi but also the world is quite bright.

The diversity of fields represented among the panelists was impressive, including sci-ence, education, design, diplomacy, and NGOs, and their differing perspectives, experiences, and insights were illuminating. Nonetheless, their views were not central in this context, as the young participants’ thoughts and ideas con-cerning the future they hope to see were of primary importance.

Since these dialogues were global, partic-ipants naturally came from all over the world. Most were from the United States, but some were from Malaysia, Indonesia, Taiwan, Canada, New Zealand, and China, among other places. The majority were Tzu Chi volunteers and Tzu Ching or Tzu Shao members. However, others were not part of Tzu Chi and its activities, and as such, praised the event’s inclusivity, made possi-ble by its virtual nature.

Facilitator Danny Lu, a Tzu Ching member from California, concluded that the dialogues succeeded in bringing young people together to talk about ways to create a better future. He also added that “For many high school and mid-dle school students, the dialogues [were] a rare chance for them to bring in their personal expe-rience while learning from others.”

Moreover, with the panelists’ encourage-ment, the young participants could recognize the value of their evolving voices and roles, as aptly stated by Jess Zier during the last panel session: “Right now you might not be one of [the] global decision makers, but maybe one day you will be, and in the meantime, there are so many different things that you can do to bring your background and your perspective into the conversations, both here today and going forward.”

Overall, as a sampling of their reflections reveals, participants found that the insights and inspiration gained from this experience were motivating, meaningful, and empowering:

I was surprised at how much power we as youth hold. The way the panelists put things into perspective really inspired me because we often hear pessimistic views on what youth can do, even since we were little, like ‘you can’t do this,’ ‘you can’t do that,’ because either you don’t know enough, or they’re worried that you will mess it up. But because of what the panelists said, I feel like it’s not that we’re messing it up; it’s that sometimes we bring new things onto the table, new ideas, and it’s not messing it up, it might be upgrading it. It might be making it better.

What resonated with me was that I saw that there’s this glimpse of humanity within everyone, and they really wanted to help others. I thought that this is an open space to help everyone. I saw it as an opportunity to open up to other people, and it really influenced me to realize what I’m doing right now and how every action I do might affect others, even if it’s just a little.

I will have more open and meaningful conversations with other people, such as my parents, about things like the importance of SDGs, etc. I also realize that no matter how small an action might be, if everyone contributes a little, that would result in a large impact, which would be very meaningful, so I will pay more attention to the small things that I can do instead of just feeling helpless.

Panelist Dustin Liu, the 9th UNA-USA Youth Observer to the UN, stated during the first dialogue: “In 2045, I hope that all young people see themselves as problem solvers: Problem solvers for our world’s most complex and pressing issues.” These dialogues, planned for young people by young people, were a concrete step towards realizing this vision and a visible sign of hope. They proved that young people are passionate and enthusiastic about critical global issues and, even more importantly, motivated to solve these problems and inspire others to act. Though there is still much work to do, it’s clear that the future is in good hands.

Even if it’s different to create change right now, these events allow for conversations to be started. It is only by identifying problems that we can solve them, and interacting with international youth builds networks for change in the future. 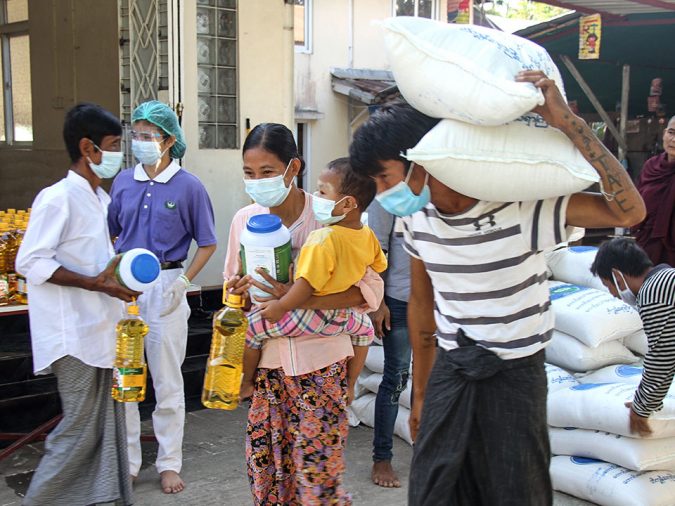 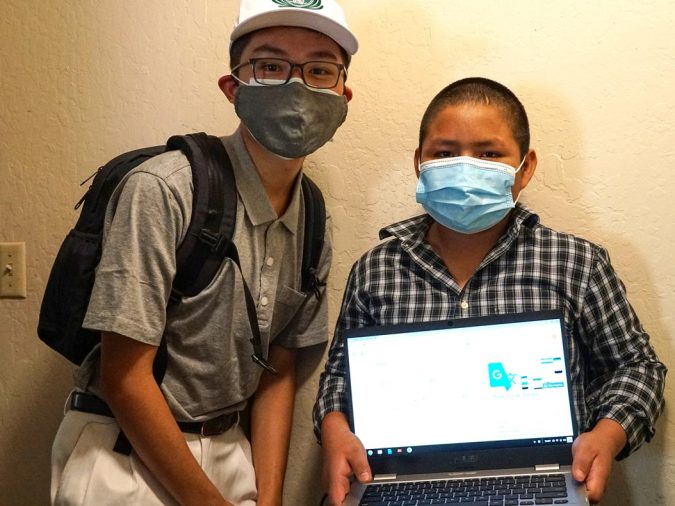 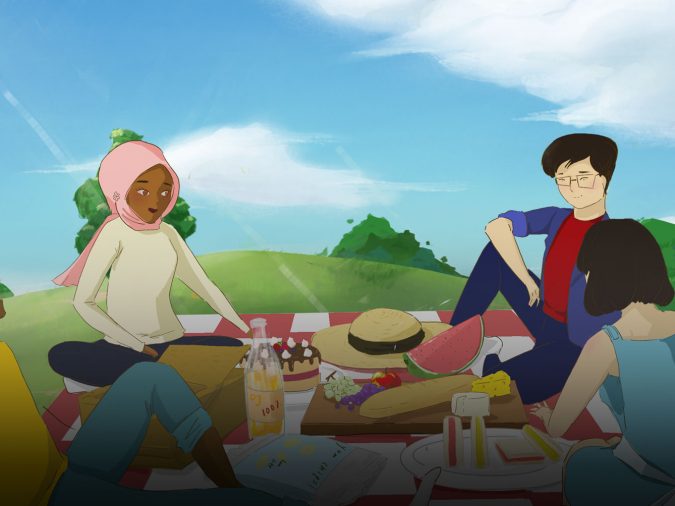 Continuing The Spirit Of The Bamboo Banks 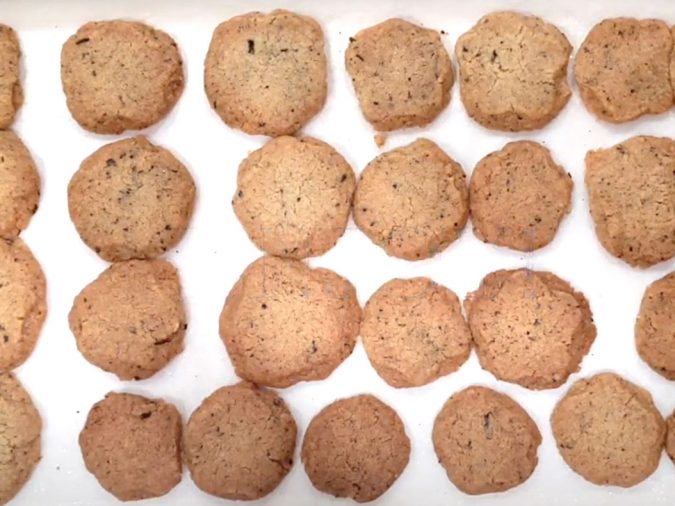 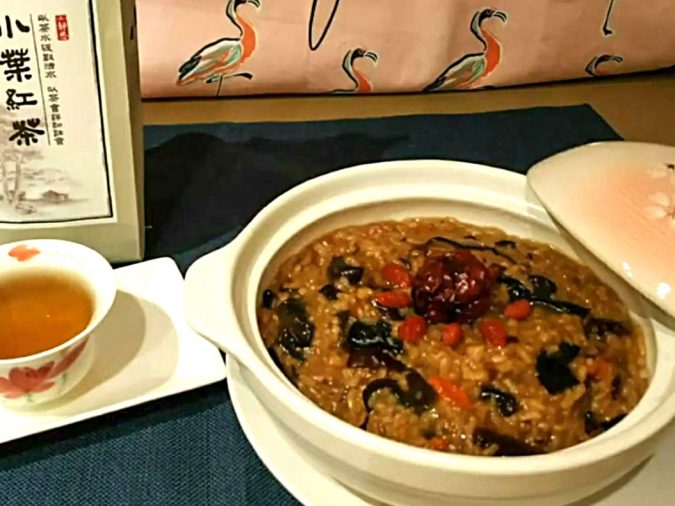 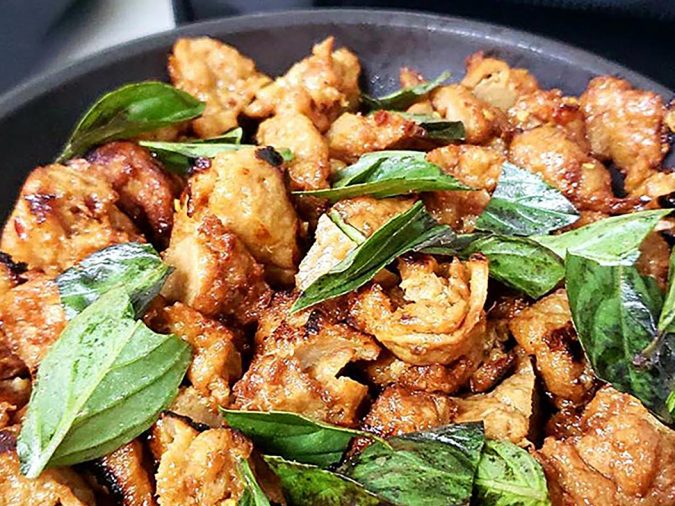 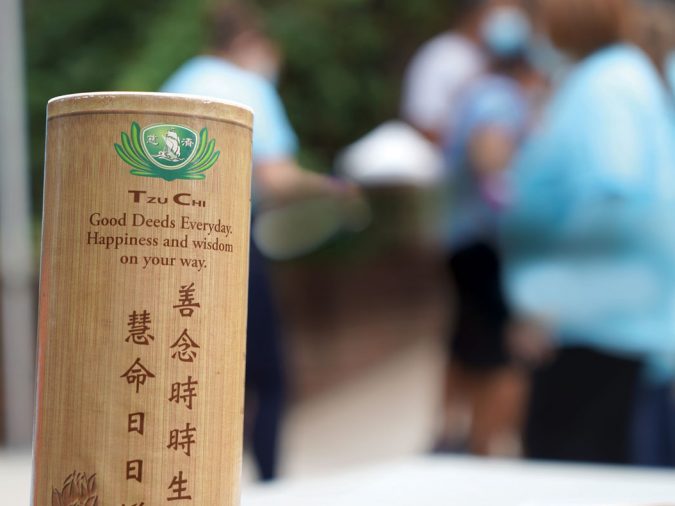 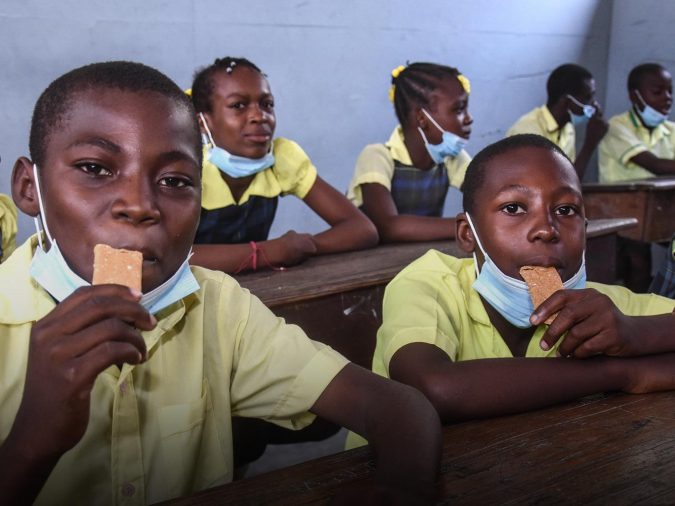 Averting Hunger and Malnutrition in Haiti During the Pandemic 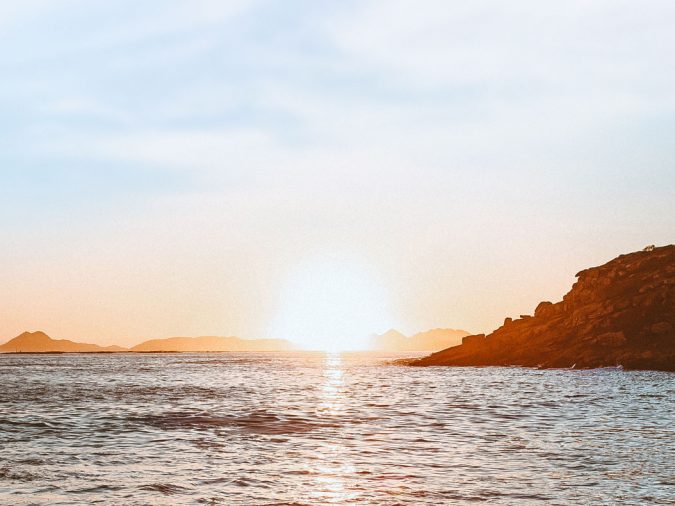 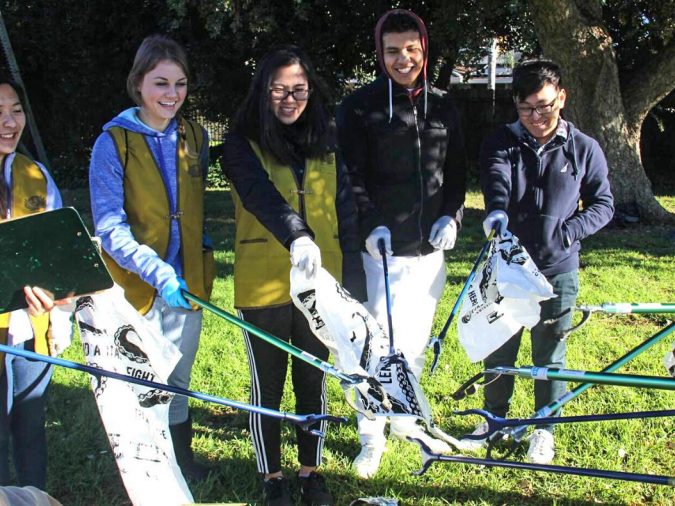 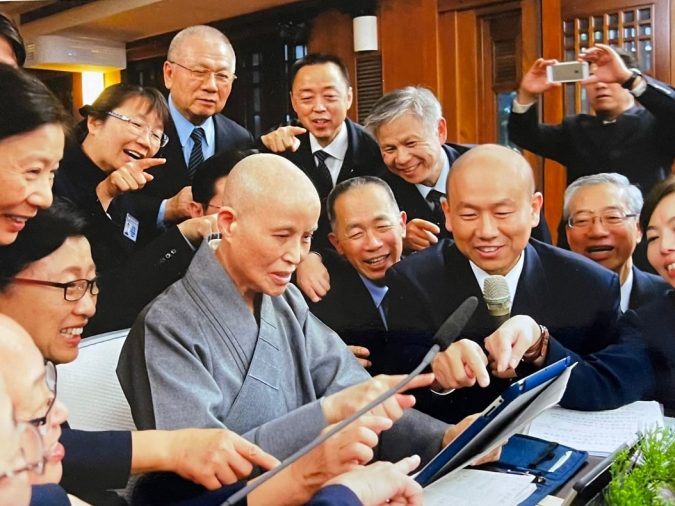 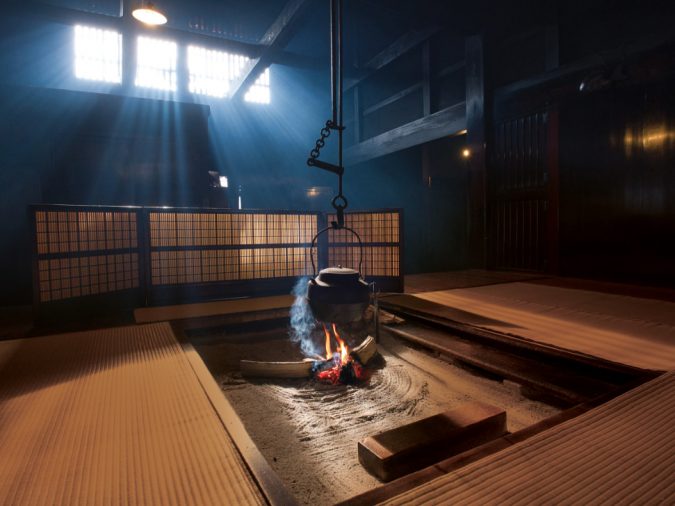 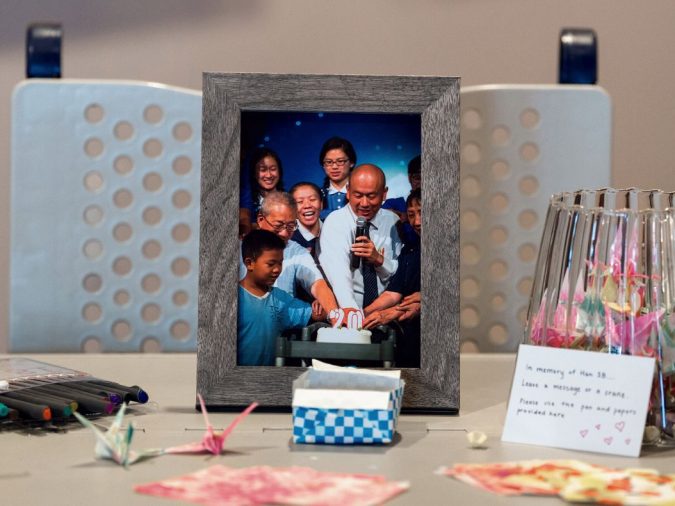 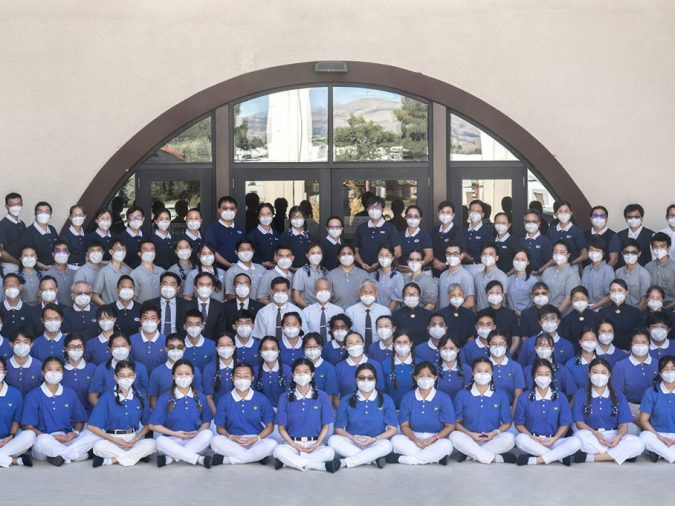 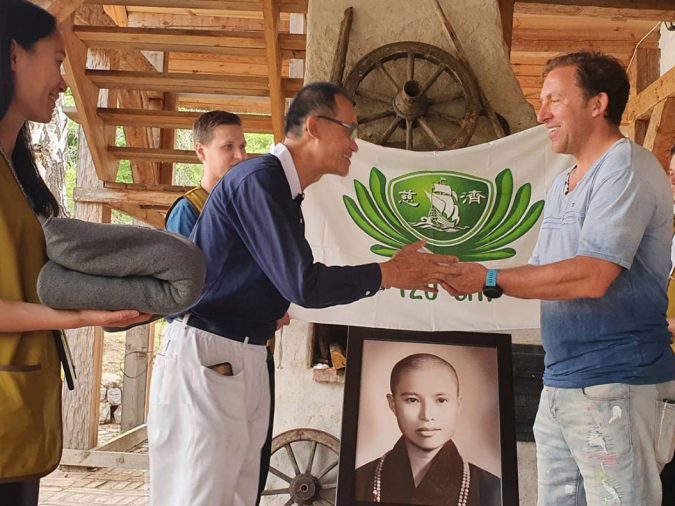 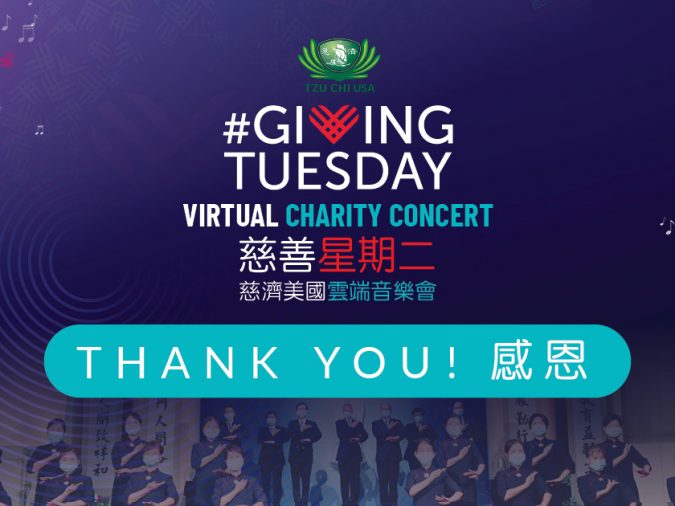 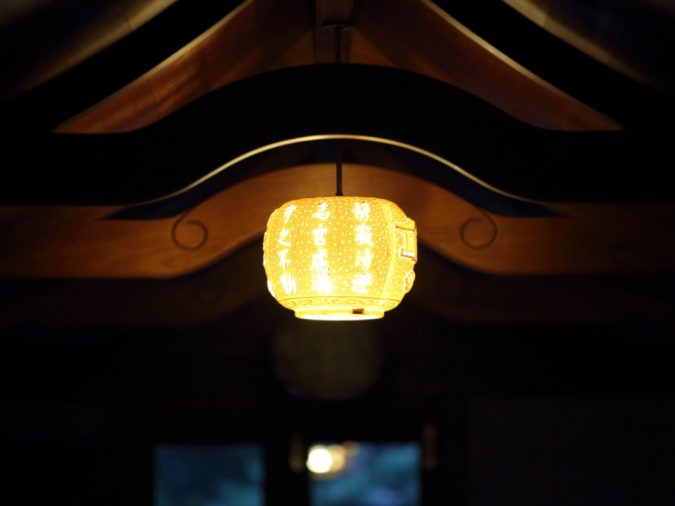 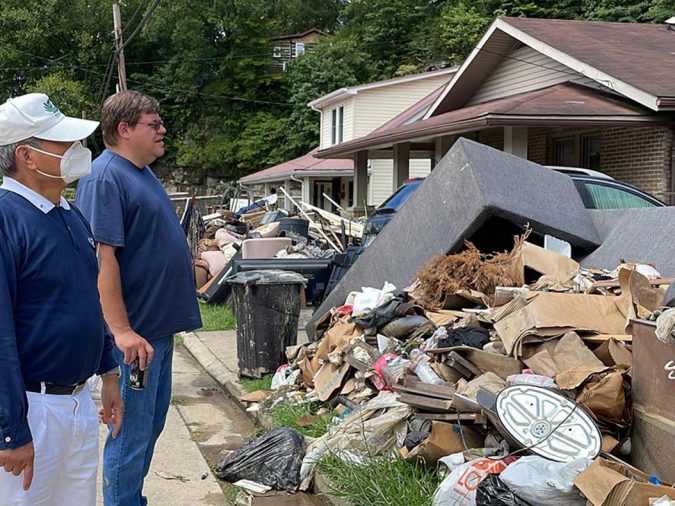 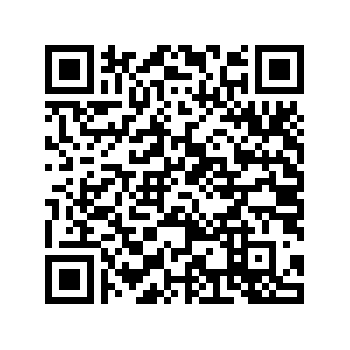